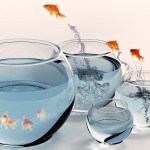 You don’t have to look in a newspaper, or talk to a close friend or family member to hear about all that is wrong about the world. Issues – many legitimate – are everywhere. And many of those issues need to be addressed. Hand-wringing about where the world is headed is a favorite pastime of many. For a lot of people, they look to Monday morning when they have to go back to work as a major inconvenience. They dwell on their boss’s weaknesses. They complain about their spouse or kids. They look at the negative in others. They obsess over a bleak future full of crises. The narrative goes on and on, and it unfortunately sells. We hear it from politicians, and we hear it from college professors, and we hear it from our news sources, and we hear it from our neighbor. It makes us wonder when Santa Claus is going to get in on the act!

Indeed, with such a backdrop, it can be difficult to take inventory of what the world DOES have. Sometimes, doing so can make a person seem callous or indifferent to what are legitimate problems around us. But counting up the many things that make the world great can and should make a monumental difference. They include the technology that makes connections between businesses and people so convenient (and frequently very inexpensive). Clean Air and water (for many, but not all). Modern Medicine. Inexpensive transportation. Access to information. Laws that protect us. People in our neighborhoods and schools and industries that care about us and our well-being.

The list goes on and on. It would be interesting to have provided a glass ball of the future to one of the monarchs of Europe from the 18th century, and to have seen the look on their faces as they saw people from all over the economic structure in the 20th and 21st centuries with access to luxuries they could have never conceived in their wildest dreams. For millennia, people have looked forward and stressed and worried about the next generation(s) and what that future would hold. And they’ve assumed the worst. And they’ve been wrong.