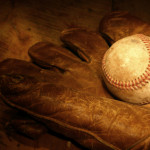 Without a doubt, one of the single best books I have read over the years is Moneyball by Michael Lewis (which was made into a movie). Not only is the author demonstrate his typical greatness in conveying both content and style, but in this particular instance he produces a body of work that has lessons for everyone that values independence and free-thinking. In this outstanding work, Lewis details the rise and accomplishments of Billy Beane, the General Manager of the Oakland A’s, who created a winner out of one of Major League Baseball’s low-budget franchises. Before you simplistically chalk this up as an entertaining baseball book (not that we wish to diminish its entertainment value in any way), it is perhaps one of the greatest business books ever written. Yes, you read that correctly – one of the greatest business books ever written. Indeed, Moneyball has tasty morsels for life itself; at least for those who wish to not to just get along, but to stand out.

Why does this book deserve such high praise? Lewis chronicles a leader in Billy Beane who faces the reality of the financial constraints with honesty, and creatively to compete effectively with the big-market clubs with resources many times those of the A’s. Beane does this by throwing out much of the conventional wisdom that is so well-entrenched in a sport as tradition-rich as baseball. More specifically, he and a very close circle of young, independent-minded managers, create a system of scientific measurement of initial and ongoing baseball performance evaluation that essentially turns its back on many decades of the “accepted” way of running a team. These metrics stress things like on-base-percentage over batting average, and a system that values what prospective players have actually done (and can be measured) rather that superstitions around “upside.” In so doing, the A’s took a major risk. In many circles, they were an object of derision. If the A’s were failures, Billy Beane risked being marked as a failure (and a crazy one at that), who might never work as a GM again. The book describes the thought process that the management goes through to refine its strategy and how it implements a plan that ultimately creates a winner in an industry of purported financial determinism.

The book describes many of the same obstacles that entrepreneurs face each and every day, and provides yet another example of how courage, brains, and independence can help outstanding individuals and teams find the success all of us are after. Successful entrepreneurs don’t change the world around them by going along to get along. They do not care that “experts” think they are crazy, and are not particularly worried about the labels that others try to attach to them. They are guided by their own vision and do it their own way.

By the way, this type of approach also has poignant reminders for maverick investors as well. Just think of the dampening effect such a mindset would have on financial panics if most investors, both individual and institutional, were not such a bunch of sheep – all following themselves over the same proverbial cliff.